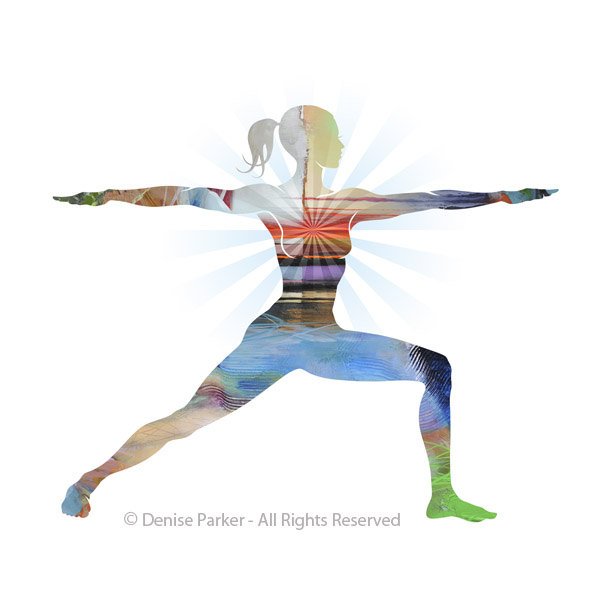 Do you want to be strong as a warrior? In your yoga practice we can be a strong as we truly want to be.  To Ignite your inner self and stop battling with your inner warrior we practice virabhdrasana 1, 2 and 3. The myth of Virabhadra is a wonderful one ( notice it is the core word of the pose with asana, pose, in Sanskrit at the end.)  The ancient myth says that Shiva loved Shakti, known as Sati to her family and  Shiva wanted her to marry him. Shakti’s father, Daksha, had other ideas. Daksha did not want some dread-locked, yogi, hippy marrying his precious Sati so he organised a party for his daughter.  Daksha invited all the eligible males to meet Sati hoping she would forget all about the meditating Shiva and in Daksha’s mind, quite an inferior Yogi. Shiva heard about this and was so furious he sent his avatar in the guise of Virabhadra down to the party. Virabhadra came out of the ground, arms aloft, in warrior 1 stance. He cut through the earth to then take the warrior 2 position we adopt today. And with that he sliced off Daksha’s head. Everyone gasped. Not at least Sita, who was distraught, if not a little annoyed with Shiva for his impulsive behaviour. She told Shiva to immediately sort out this dire situation so Virabhadra immediately reached for the nearest object, which just so happened to be a goats head. He popped it onto Dashka’s shoulders in his warrior 3 stance. Daksha was restored, albeit with a goats head but Daksha was remorseful that he had acted in such a bigoted way towards Shiva and was forgiving of Shiva’s impulsiveness.  Ah, order was restored and Shiva was very sorry he had acted in haste, as we all do. So we must think before we act. All that meditating in the mountains had not helped Shiva and he resolved to learn from his mistake. So, when you adopt a warrior stance in your next yoga class, think you are as strong as Virabhadra. Feel fierce. Feel empowered. feel strong. But remember, before you execute your sword: Stop. Think. Breathe. And you may find the answer will come to you without having to resort to an unnecessary hurt to you or anyone else.

We use cookies on our website to give you the most relevant experience by remembering your preferences and repeat visits. By clicking “Accept All”, you consent to the use of ALL the cookies. However, you may visit "Cookie Settings" to provide a controlled consent. Read More
Cookie SettingsAccept All
Manage consent

This website uses cookies to improve your experience while you navigate through the website. Out of these, the cookies that are categorized as necessary are stored on your browser as they are essential for the working of basic functionalities of the website. We also use third-party cookies that help us analyze and understand how you use this website. These cookies will be stored in your browser only with your consent. You also have the option to opt-out of these cookies. But opting out of some of these cookies may affect your browsing experience.
Necessary Always Enabled
Necessary cookies are absolutely essential for the website to function properly. These cookies ensure basic functionalities and security features of the website, anonymously.
Functional
Functional cookies help to perform certain functionalities like sharing the content of the website on social media platforms, collect feedbacks, and other third-party features.
Performance
Performance cookies are used to understand and analyze the key performance indexes of the website which helps in delivering a better user experience for the visitors.
Analytics
Analytical cookies are used to understand how visitors interact with the website. These cookies help provide information on metrics the number of visitors, bounce rate, traffic source, etc.
Advertisement
Advertisement cookies are used to provide visitors with relevant ads and marketing campaigns. These cookies track visitors across websites and collect information to provide customized ads.
Others
Other uncategorized cookies are those that are being analyzed and have not been classified into a category as yet.
SAVE & ACCEPT
Open chat
1
Powered by
Hello, welcome to Pushti Yoga.
How may I help you? Press the Whatsapp Icon to start a chat :)